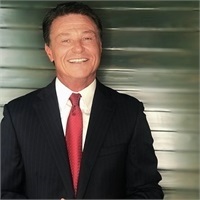 Alan P. Niemann, CLU, ChFC has over 30 years of experience in the financial services industry. He is a Life and Qualifying member of the Million Dollar Round Table with 5 years of Top of the Table Qualifier. Alan started his career in 1983 with Mutual of New York, MONY, as a Field Underwriter. Later advancing to the role of Sales Manager, then Regional Director covering the central U.S. and then Agency Manager of the OKC MONY office. During his time as manager the firm grew an average of 18% per year.

In May of 1999, Alan was appointed General Agent for John Hancock in Oklahoma City and the firm was officially rebranded as Rockgate Financial Partners in the fall of 2015. Today, Rockgate has over 50 advisors with representatives in 5 states with over 1 billion of client investment assets and 4 billion of inforce life insurance.

Alan grew up on the family farm and ranch located in western Oklahoma where he learned the value of hard work early in life. He graduated from El Reno High School in El Reno OK in 1978 and then attended Oklahoma State University in Stillwater, OK where he received a Bachelor of Science degree in Agriculture Economics in 1982. During his time at Oklahoma State he was most active in his fraternity, Delta Chi, where he served as Summer Rush Chair and Chapter President. After graduation he worked as a Chapter Consultant for Delta Chi Fraternity International Headquarters located in Iowa City, Iowa.

He is married to his wife of 30 years, Gwen, and they have two daughters. Avery is a freshman at Denver University and Ashton a sophomore at Heritage Hall High School. Alan’s favorite past-time is either coaching his daughters or watching them compete in sporting events.